The many things that we believe about ourselves and the world can limit the fullness of the Lord within us.

I was attending a recovery program for a few months. The title, “Celebrate Recovery” was something I had not known as I was brought to the door of the meeting by a man I had gone to junior high school with. Jerry and I were hanging out and talking about the Lord, the world and the many things of our past lives over the period of a year or so. We had caught up with each other after a very long hiatus: nearly twenty-five years. Jerry had spent a long period of time in prison for many of the same things that I had managed to walk away from unscathed.

As Jerry and I were hanging out, it was sometimes difficult to look past our differences. He was so used to prison life. Little comments, circumstances, misunderstandings and just the everyday struggles would send him into a fight-or-flight episode that consisted of unpredictable behaviors. Scary ones, at times. But Jerry was fighting hard. He was battling cancer, undergoing treatment which left him totally depleted, he was broke and couldn’t find work because of his felony record, and he was constantly fighting ongoing drug addiction.

Jerry had known about my very destructive church experience. He and I had actually attended a Bible study early on as we had met up again. Jerry believed in God, but he just wasn’t sure how to believe. You see, Jerry was ordered to attend A.A. and N.A. meetings as he parted from prison. In those meetings, choosing a “god of your understanding” is a prerequisite for “working the twelve steps.” I know Jerry grew up within a very broken Christian home, but those days of professing Jesus as Lord were distorted by physical and mental abuse, drugs, and in the latter days by those programs that encouraged people to choose a god of their liking.

Jerry had attended a “Christian-based recovery program,” and he had told me about one that was just down the street from my house at the time. I was interested in fellowshipping with a group of men, and I thought I would give the meeting a try. After seeing the mess of the choose your god programs I had attended a few times with Jerry, I was curious to see what the Christian one was all about.

At first, the meetings were nice. A group of ex cons, drug addicts, or men who just couldn’t find peace within their life would attend and encourage one another. It seemed legit. The twelve steps were presented with, what was claimed to be, “Biblical” steps as they placed emphasis on the Beatitudes after each step. The format was the same as the secular program. The “Serenity prayer,” which is really a poem, was spoken at the beginning of each meeting. Each guy would start by saying his name and claiming that he is still an addict, even though they no longer used. I myself, even after not using drugs for nearly two years at the time, began to believe that I too was still an addict.

After a month, something hit me in the face as I was sitting in the middle of a meeting: these men are caught up within the same lies of the devil that those men in the secular meetings are caught up in!

I noticed how if these men and myself are claiming to still be addicts, are lying. We do not have an ongoing disease. We do not need to speak death over ourselves by constantly saying that we are still caught up within a past sin. In fact, I realized right then that I, and these men were, and still are, new creations in Christ, and the old has passed away and the new has come! Amen!

The literature, self-help books, especially the “Big Book,” and the whole program needs nothing more than one step: Jesus Christ. Myself and those men needed to throw out these notions and beliefs about ourselves that said that we are always under the control of an addiction or hang-up.

We are forgiven. Renewed. We have repented and we now follow Him into the richness of this new life. “Celebrate recovery?” The title, in my opinion, is setting one up for failure. It screams the word “recovery,” an idol, over The Word: our Lord and Savior and His instruction.

I pray this morning that anyone in a recovery program seeks the newness and redemption through Christ alone, and the only step we take is the single step towards our faith in Him. I pray that we grow in Him, allow Holy Spirit to teach us what a worldly program cannot, and see just how the devil can worm his way into things that appear to be beautiful on the surface. We are not as the world teaches, we are as He says we are. 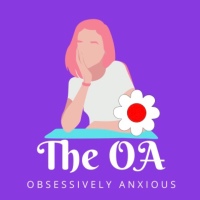